Is Allopathy Healing Or More About Power, Profit & Control

Is Allopathy Healing Or More About Power, Profit & Control? I started using homeopathy for my asthma and hay fever – I found that using mixed pollen and grasses along with constitutional treatment worked; now I am hay fever free enjoy my summers – no longer allergic to dust and pollen. My homeopath said it would take 3 years and I decided that that was nothing compared to the 15 years I had spent taking anti histamines and steroid inhalers and nasal sprays.

I knew I had a crisis when the anti histamines no longer seemed to work. I was stuffed up sneezing and wheezing more or less all the time. I didn’t care how it worked, I was only pleased to ditch what wasn’t working. Sadly people think that what allopathy does is science but I question the validity of their science – as they do not follow the principals of healing.

Steven Covey talks about principles as lighthouses. They are fixed points that are there to guide us. They do not change. They relate to our morals, our values and to those things that are most important – our highest purposes. In order to achieve those things which are most important to us, we have to do things in ways that are congruent and supported by our principles. If we go against our principles, it is inevitable that our highest purposes will not be supported and with the best of intentions we will achieve something other than what was sought.

The principals of healing – are that everything to do with the human body is inter-related and interconnected, functioning as a whole for the intelligent benefit of the whole. Modern allopathic medicine is heavily based on two theories about the causes and cures of disease: (1) the germ theory, and (2) the chemical imbalance theory.

The germ theory was founded on a number of unproved assumptions and its validity is questionable. Bacteria no more causes disease than flies cause garbage. They do not cause disease; they are present because of it. The general unthinking acceptance of the germ theory has resulted in us not taking responsibility for our own health and ignoring the underlying cause of much of our dis-ease state – diet, nutrition, pollution (both inner and outer).

Instead, we blame germs and this effectively shifts our personal responsibility for health and well-being onto the shoulders of the medical profession – the experts – who supposedly know how to kill off the offending germs.

Homeopaths accept the fact that germs, bacteria and virus exist everywhere and do have an impact on health. However they reject the idea that they are the primary causes of disease and instead see them as part of the symptoms of an unhealthy body state, lifestyle and environment.

The allopathic emphasis on the destruction of bacteria etc.. by drugs and vaccines puts the emphasis on sickness rather than health. This leads to the proliferation of diseases and adds to the toxicity of the hosts and their environment in a way that causes long term damage. The practice of killing germs with drugs has resulted in a huge increase in iatrogenic (medically-induced) disease and further degeneration of health – the 3rd largest killer in the USA is allopathy.

Our own personal health has slipped from our control. It is important to remember that the knowledge base developed by allopaths and the diagnostic tools available to them are very useful tools. Allopathy has provided a basic scientific model for observation and mapped the human body beautifully, alongside many useful diagnostic tools. However the treatment side of allopathy, particularly with regard to the use of toxic drugs is highly suspect as the basic scientific underpinning are shaky and unproven. Their general acceptance has more to do with power and profit and control of information than with genuine ‘science’.

The second underlying theory that supports this so called ‘scientific medicine’ – Is the Chemical Imbalance theory. According to the chemical imbalance theory, we become sick when our body makes either too much or too little of certain active chemicals. Since these active chemicals con­trol our body functions, having too much or too little of them makes our body functions too strong or too weak.

Examples of the ‘chemical imbalance theory’ are using anti-histamines to manage hay fever. Almost all drug based treatments are based to some extent on the acceptance of the chemical imbalance theory being a fact we remedy overload by neutralising, or blocking it from the outside. This mimicking or blocking process is the foundation of all drug research – hay fever is histamine overload so we use anti-histamines to block a body chemical. But the question why there is an imbalance is never asked.

Unfortunately this leads to the belief that all we have to do is find the right pill – to add this or block that and all will be well. It has basically set up a system that believes we can bring health by mechanical changes in the chemical makeup in the body and this equates to a cure, BUT this is not supported by much verifiable scientific evidence as the side effects of the drugs tell us. Thus there are good scientific reasons to doubt the chemical imbalance theory.

The main objection is that when we intrude in this way (by trying to override what the body is naturally doing to restore its own balance), our body compensates by adjusting its own chemical levels to cancel the effect of the drug. This is known as the "bi-phasic" (or two-phased) effect of drugs.

The "bi-phasic" (or two-phased) effect of drugs is – ‘Phase 1’ is what the drug does to the body. ‘Phase 2’ is how the body adapts to the drug. The phases tend to go in opposite directions: the drug pushes; the body pushes back. The end result of this two-phased effect is a temporary illusion that the symptoms are better. The two phased effect means that drugs tend to worsen whatever they are supposed to cure, which sets up a vicious cycle of need to take more and more of the drug to suppress the symptoms which is what happened to me with my hay fever .

Homeopathic remedies do not control physiological processes in the same way as pharmaceutical drugs. Instead they are designed to stimulate the body to find its own natural equilibrium in order to complete its own healing. This makes them appropriate for acute and chronic conditions. However they differ from drugs in at least two important regards.

First, homeopathic remedies are not given as material doses. They work on a subtle level to stimulate the body to do more of what it is already doing i.e. if histamine levels are too high you give it something that increases histamine levels even more. At first this may sound absurd until we remember the two-phased effect of drugs.

Phase one is what the drug does to the body; phase two is how the body adapts to the drug. The two are generally opposites. By understanding the science behind the Bi- phasic effect of drugs the homeopath uses a remedy that has been proved to increase histamine levels slightly more – this will lead to phase two where the body will push back in the opposite direction and begin to reduce histamine levels naturally – in effect restoring balance!

Second, Hahnemann wanted to worsen symptoms as little as possible– this was his problem how to get the body to push back in the direction he wanted it to without killing the patient. So he diluted his remedies, then diluted them again, administered them again, and so on, always noting their effect, hoping to find the smal­lest possible effective dose.

To his great surprise, the remedies became more powerful as they became more diluted. In fact, he got his best effect with dilutions so weak that, theoretically, not a single molecule of the therapeutic substance remained in the solution. He was healing; it seems, with pure water. Thus he developed the theory of like cures like.

I hope that that has helped you to understand the art and science of homeopathy. The argument has always been focused on the remedies when in fact the real healing is done by the patient. Any system of medicine that does not work within the principals of healing will result in more damage than good; the evidence is all around us that allopathy is not working (it is the 3rd leading cause of death in the USA) and that should make every one wake up.

If any form of natural healing caused such deaths amongst the population there would be an outcry from every country on the globe. So how do they get away with it? They get away with it because governments; the media; and Big Pharma’s profit based agenda keep pushing what is obviously not working; in order to cover up to the fact that the Medical Emperor has no clothes.

If allopathy worked then why bother to discredit homeopathy – which has been around for two hundred years – as suddenly being unscientific? These are just well orchestrated attempts by the Pharmaceutical industry to eradicate more healthy competition, and to maintain their profits, their power and control to keep us all sick and dependent upon the chemical cocktails they peddle for profit, under the auspices of what they call ‘Medicine’.

The only thing that heals and cures is the body’s own immune system – it has evolved to adapt to its environment and maintain homeostasis- if you work with it in the way homeopathy and other CAM therapies do then we will all be healthier in mind, body and spirit.

It is allopathy which is un scientific; their only two theories are assumptions not based on the healing principals, and have already been proved unscientific and are out of date. The so called ‘side effects’ are in fact the direct consequences of working in opposition to the body and their suspect clinical trials keep telling us this day after day – as you will note most of the drugs cause the very symptoms they are supposed to cure! 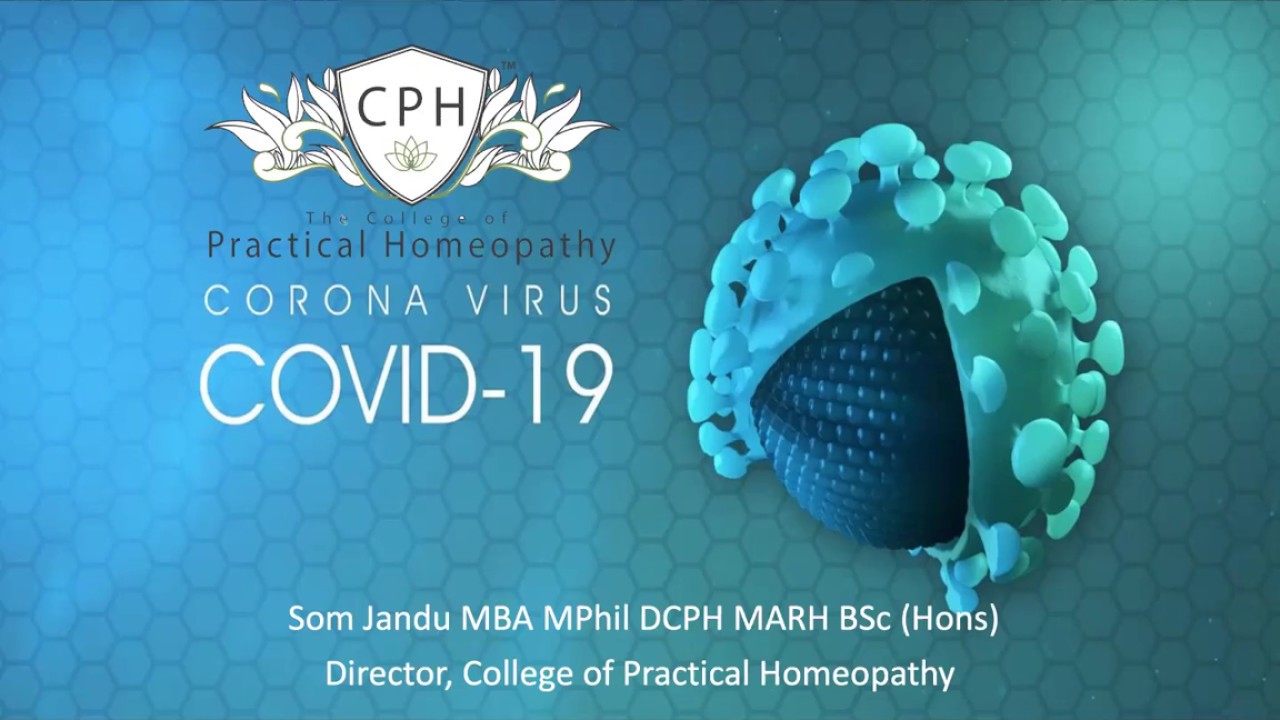 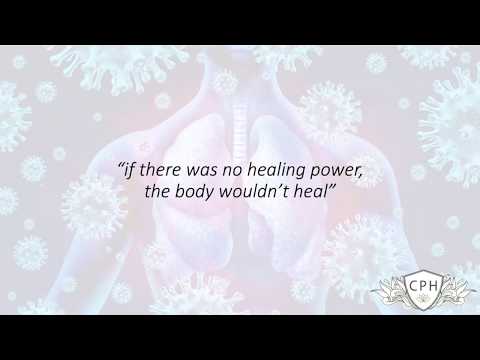 How to Support Yourself When Going Through Cancer